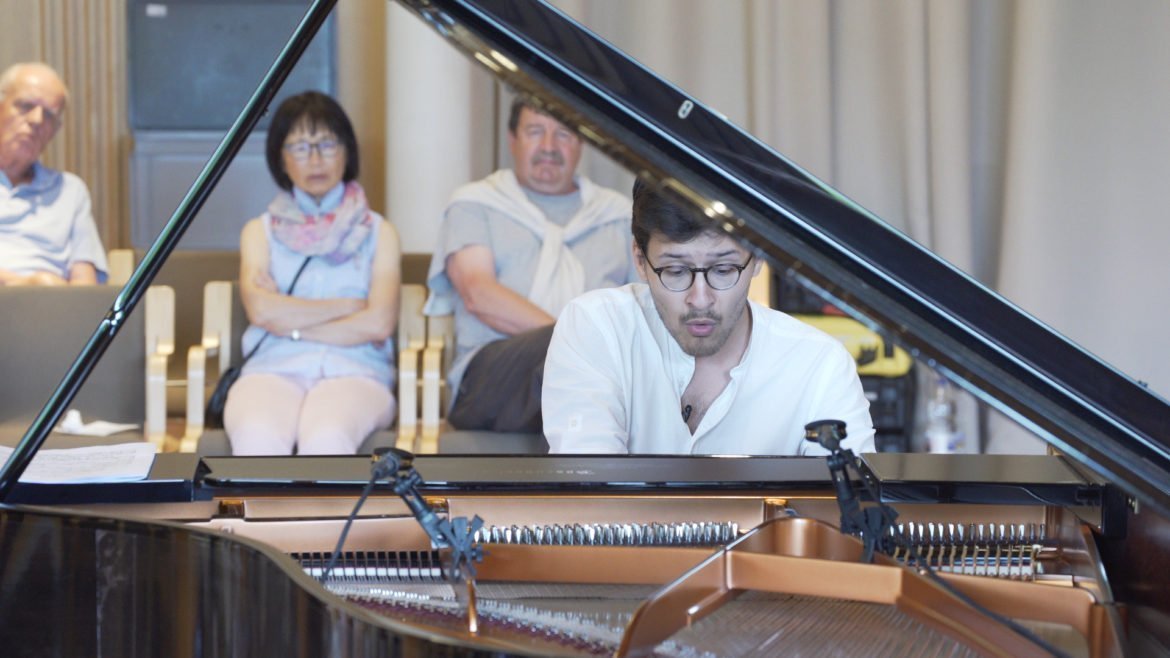 “Out of the most technically fine young artists, Nuron Mukumi already stands out as an interpreter of class” – Frankfurter Allgemeine Zeitung. Nuron Mukumi was born in 1996 in Tashkent, Uzbekistan. He started playing the piano at the age of 6. As a pupil of the Uspenskij Music School in the class of Prof. Tamara Popovich he won the 1st prize at the “Russian Music” Piano Competition in California at the age of 7. In the same year Mukumi received his first conducting lessons from Vladimir Neymer. At the age of 8, he made his conducting début with the National Symphony Orchestra of Uzbekistan with Mozart’s Piano Concerto in D minor, in which he also played the piano part.
Nuron Mukumi has given concerts among others in the following venues: Mariinsky Theatre, Alte Oper Frankfurt, Salle Cortot Paris, Konzerthaus Berlin, Frankfurt Radio Symphony Hall, Weilburger Schlosskonzerte, Bad Homburger Schlosskonzerte. He played at several international festivals such as the International Piano Festival St. Petersburg, Klavier-Festival-Ruhr, VP Bank Classic Festival and Biarritz Piano Festival. In November 2018 he released his Début-Album “Summit”  (Genuin Classics) and quickly received the Pizzicato Supersonic Award. “Nuron Mukumi combines empathetic, perfect technique with a sure eye for the dramaturgy of piano compositions: a talent that combines rigour and playfulness.” – Spiegel Online.

Learn more about Nuron Mukumi and his future projects here!

Thank you. I learn more from Sir András Schiff in one session – about different aspects of music-making – than I did in years at university. One emerges amazed and slightly dazed from his classes.

I HAVE LISTENED TO NURON MUKOMI HERE TENERIFE.HE ASTOUNDED ME WITH FLAWLESS MASTER TECHNIQUE AND SOUNDS RARELY HEARD FROM THE PIANO.HE CERTAINLY DESERVES TO BECOME WORLD FAMOUS IN THIS DECADE AGED ONLY 23 YEARS.BRAVO.