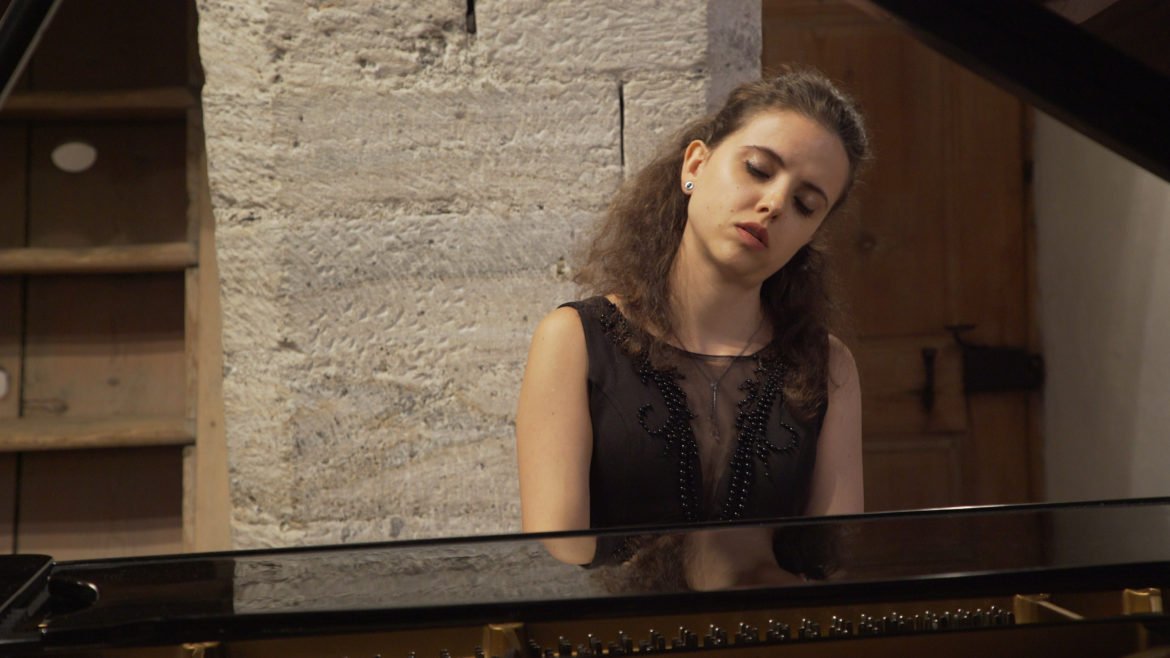 Recorded live on 20 August at Gsteig

“The idea of opening my Gstaad recital with the Concerto by Alessandro Marcello went to my mind while I was thinking about this event as a part of Sir András Schiff’s “Building Bridges” project. This was the piece I’ve played for M° Schiff when we first met and as a musical “Bridge” it led us to the point of meeting. I could probably say that it was thanks to this piece that I’ve gotten an invitation to perform in the concert series which also included a concert at the Gstaad Menuhin Festival. One of the brightest examples of Baroque Music, this Concerto- originally  written for oboe, strings and continuo- has also inspired such a great master as J.S. Bach who made an arrangement of it for the keyboard. Moreover, this beautiful and rarely played on piano composition and its author- famous Venetian composer Alessandro Marcello- gave me a wonderful possibility to make a tribute to Italy, the country I currently live in.”, Elena Nefedova tells us.

Born in Moscow in 1990, Elena Nefedova studied at the Tchaikovsky Conservatory in her native city before perfecting her skills in Rome under Ivan Donchev, where she graduated from the Conservatory of the Academy of St. Cecilia. The Laureate of numerous distinctions, she has since enjoyed a successful international career. This season, she is benefiting from the important support of the “Building Bridges” programme set up by Sir András Schiff, with whom she studied in 2019 at the Gstaad Piano Academy.

She performs with such confidence, clarity and exactness. An exudes a miasma of auditory sensation. Bravo.