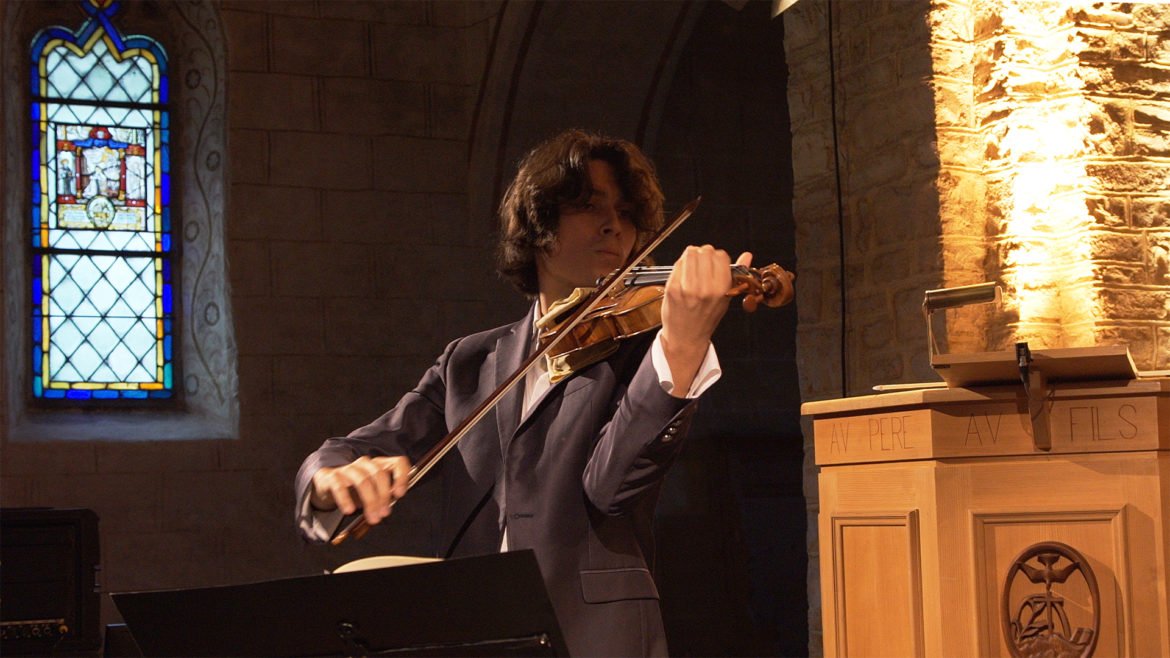 Nathan Mierdl got most votes at the „Jeunes Étoiles“ Voting and wins a concert at the Gstaad Menuhin Festival 2021!

Offering young talents the opportunity to present themselves within the framework of our „Jeunes Etoiles“ concert series is key to the Gstaad Menuhin Festival’s philosophy. Last summer, five young „Jeunes Etoiles“ artists had the chance to play for a large audience having their concerts streamed live at Gstaad Digital Festival. In the voting that followed, their fans were able to cast their vote online at Gstaad Digital Festival. Nathan Mierdl received most votes, and therefore will get the unique opportunity to appear in the main program of next year’s festival season with an evening concert.

Recorded live on 11 August 2020 at the Rougemont Church

Born in 1998 in Frankfurt am Main, Nathan Mierdl studied in his hometown, then in Dijon, Boulogne-Billancourt and Paris. In 2018, he obtained his concert master’s degree in Roland Daugareil’s class at the CNSM and was hired the same year as co-violin solo by the Radio France Philharmonic Orchestra. 2018 also marked his highly acclaimed performance at the Menuhin Competition in Geneva, where he won no less than four prizes and was lent a magnificent 1713 Stradivarius.