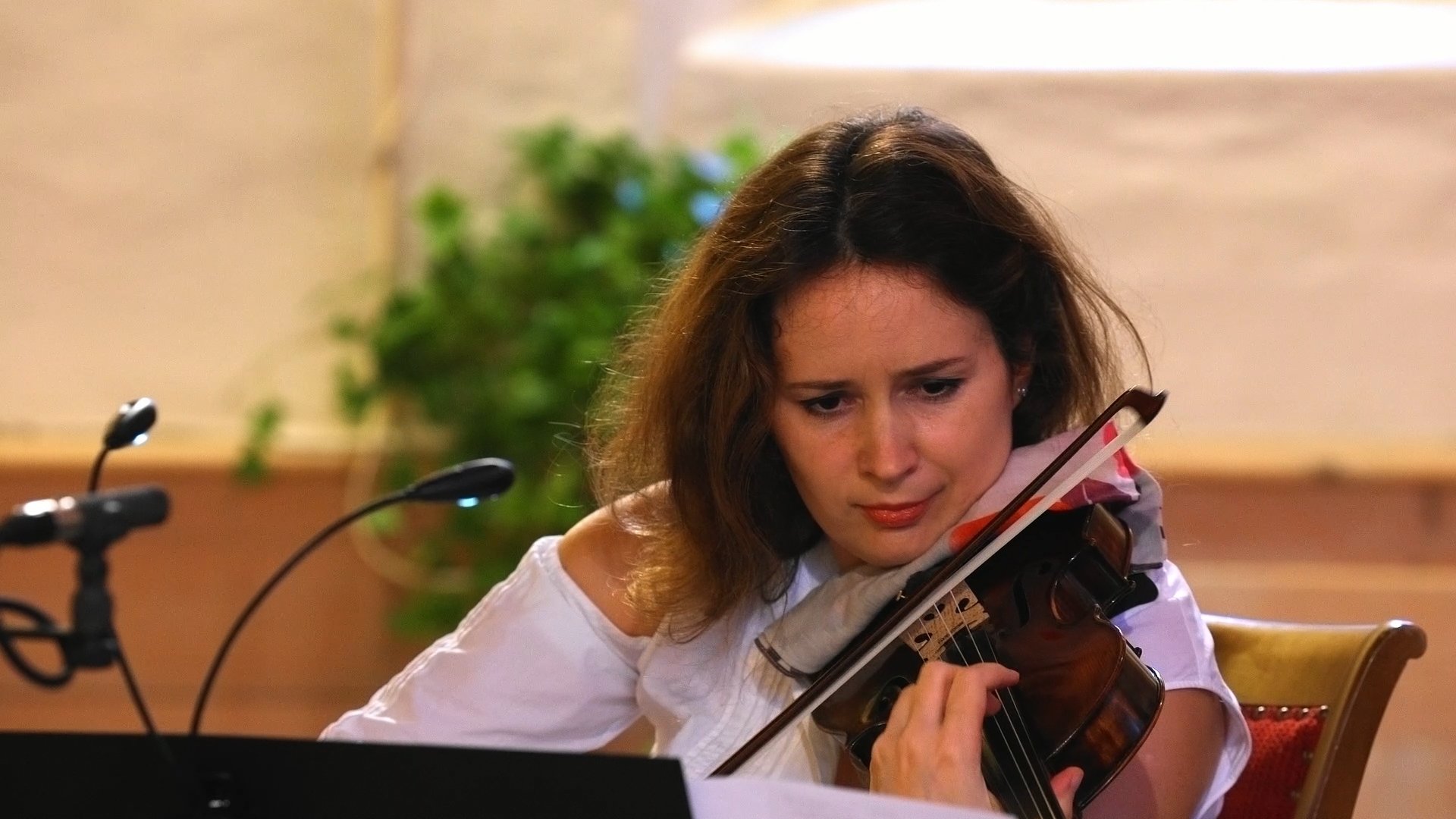 The importance of the violin

The great violinist Patricia Kopatchinskaja plays to the 2nd violin sonata by Béla Bartók together with pianist Polina Leschenko.

The special role of the violin

In Béla Bartók’s works the violin has a special role. The first reason for this is the key role that the violin plays in Eastern folk music, which Bartók studied and researched during his whole life. Bartók  had several professions during his lifetime: composer, pianist, piano teacher and ethnomusicologist. During the semesters he taught piano in Budapest, whereas during the holidays he traveled to the most remote locations in order to record the music of various communities. His research also had an impact on his compositions as he used folk melodies that he recorded in his own works. The second reason are the brilliant violinists that he was in contact with. Amongst them are Jószef Szigeti and Zoltán Székely for the two rhapsodies  from 1928 and Jelly d’Arányi for the two sonatas. D’ Arányi was an extraordinariy virtuoso, born in 1893 in Budapest as the niece of Joseph Joachim. She is mainly known for the world premiere of Ravel’s Tzigane which was dedicated to her, and for the rediscovery of Schumann’s Violin Concerto.

Bartók composed both sonatas in 1921, and are both dedicate to Jelly d’Arányi. The world premiere of the sonatas took place in 1922 and 1923 respectively. Jelly d’Arányi played the violin part, accompanied by Bartók at the piano.

My curiosity drives me to look for musical borders, says Patricia Kopatchinskaja about herself and her artistry. Her concert programme encompass all repertoires, from Baroque played on gut strings, to world premieres or re-interpretations of contemporary pieces. Polina Leschenko was born in St. Petersburg into a family of musicians and gave her debut at the age of eight with the symphony orchestra in St. Petersburg. Both musicians are stars on their respective instrument and achieve a beautiful symbiosis of sound in Bartók’s piece.

Who ever doubted that musical interpretations could be spontaneous and unexpected, should come and enjoy a concert of Patricia Kopatchinskaja. The Moldavian violinist is full of vitality - every part of her body from her fingers to her feet (she often performs barefoot!) sparks with energy. Hence, it should not come as a surprise that she entertains a vivid dialogue between the music of the past and the present: She's a favourite of contemporary composers - they couldn't have found a better ambassador for their cause. In the past, we at the Gstaad Menuhin Festival have often been a witness of her new musical adventures: She introduced us (together with her friend and musical ally Sol Gabetta) to new masterpieces by acclaimed contemporary composers such as Jorge Sánchez Chiong, Mark Anthony Turnage, Pēteris Vasks und Francisco Coll.

These days virtually every artist has a personal website. Most often however they're full of bland marketing. Patricia Kopatchinskaja's webpage is wonderfully different. Here you can find texts written by the artist herself sharing her thoughts on her work as well as personal ideas on diverse subjects («Why is one a musician?» or «With Terre des Hommes in Moldavia»)   Patricia Kopatchinskaja comes from Moldavia and maintains a strong connection to her homeland. She shows a particular interest in intercultural exchange: «Ever since the Roman Empire Moldavia with its Black Sea coast has had a close relationship to the Mediterranean and its people. You can picture the great Italian Baroque violinists (Corelli, Tartini) having played like the violinists in the Moldavian countryside nowadays: With an exceptional sense for rhythm and harmony. They're very open to new influences, especially from Arabia. » Patricia Kopatchinskaja embodies just that: The entire world in one single violin.
Show more Show less